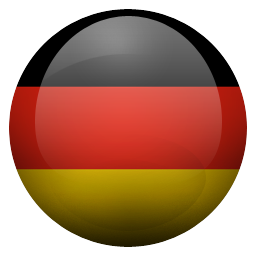 BVOH: An important victory in the fight against restrictions on manufacturers

The decision of the Cartel Office will also have effects reaching far beyond this specific case. By last year, various courts had already declared market place prohibitions to be inadmissible in proceedings against brand-name manufacturers. The Cartel Office had also issued a warning last year to ASICS. Furthermore, adidas had to consult with the Cartel Office and stop all online restrictions set. However, many manufacturers played for time and continued using sales restrictions and marketplace prohibitions. Today’s decision from Bonn has now eliminated any doubt.

“This is a big day for eCommerce, for all traders and last but most importantly for consumers”, says Oliver Prothmann. Online restrictions harm static traders, particularly in rural areas where they deny access to an important additional distribution channel, thus putting livelihoods at risk. Last but by no means least, the consumer’s ability to compare offers is limited by marketplace bans, which ultimately leads to lack of real choice and higher prices.

With today’s decision by the German Federal Cartel Office it is finally clear that sales restrictions prohibiting traders using online shops, online marketplaces, price search engines and online advertising are no longer permitted. “The same goes for clauses that are not so clearly expressed, but have the same effect”, Oliver Prothmann stressed. In January ASICS had tried to enforce the restrictions on its distributors by introducing new provisions. The Cartel Office then broke off negotiations with ASICS after they saw that Internet sales restrictions were still in place in ASICS new provisions.

As the BVOH already reported here, and the Federal Cartel Office now points out in their publication, the European Commission checks online restrictions. In a sector inquiry into e-commerce, a detailed questionnaire was sent by the Commission to over 1500 traders in Europe, requesting practical examples. “I can only recommend any retailer to participate in this survey”, advises Oliver Prothmann. Even if not contacted directly by the Commission, interested parties can also participate with an unsolicited reply. To request a questionnaire contact the Commission by e-mail at COMP-E-COMMERCE@ec.europa.eu. “Moreover, after today’s decision every retailer should actively defend itself against any form of sales restrictions, such as marketplace bans”, says Oliver Prothmann. There is a strong likelihood that the courts will follow the lead of the Cartel Office and decide in favour of the trader. The Federal Association of E-commerce can help.

The BVOH is the voice of those involved in e-commerce, whether they be consumers, entrepreneurs, suppliers, equippers, platforms or online marketplaces. 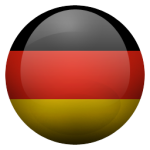